The Saar Waterfall or Saar Falls (also spelled as Sa’ar Falls) is a waterfall located in the Golan Heights. It is part of the Hermon Nature Reserve. Its size, beauty and accessibility make the Saar Waterfall one of the most beloved waterfalls in Israel.

The “making” of the falls

It starts with the Saar River, which is fed by the rain and snow runoff of the mountains in the Upper Golan. Then the river flows through Saar Valley before the cold water plummets down to the rocky waterfalls. 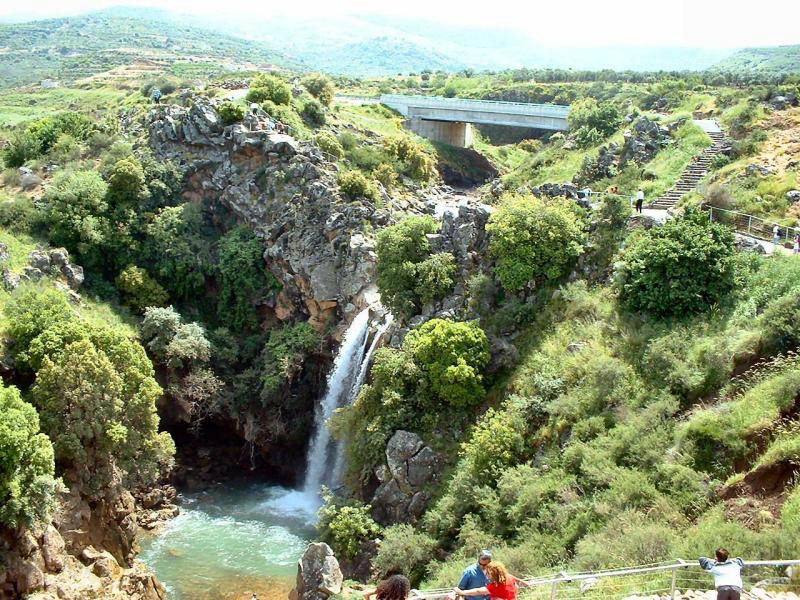 The Saar Waterfall has a series of three falls, the middle being the tallest and the most impressive. You can see the falls from the observation spot, not far from the parking area on Road 99. There’s also a small wooden bridge over the rushing water between the first and the second fall. The observation spot, by the way, is part of a cyclic path over the main fall (pictured), which takes you about 15 minutes to complete.

On either side of the falls, you can see some stalls selling snacks such as cool delights like ice creams and popsicles and hot Druze pitas to the hungry visitors. Some stalls also sell honey and local produce such as olives and seasonal fruits. If you are planning on buying them, bring some cash with you.

While seeing the majestic falls is absolutely free, the food may not be. Some tourists advise against buying from the local food stands as they tend to be overpriced.

Instead, bring some food with you — the area that surrounding the waterfalls is a great and scenic place to have a picnic. For those who are looking for a secluded place to have a picnic, be sure to go either on the one of the banks before the falls or on the grassy cliff edge after the falls, which rewards you with unbeatable views of the powerful whitewater crashing down.

When is the best time to visit Saar Waterfall?

The waterfall is best visited during the winter or the spring season when the water and snow are still making their way downhill from Mount Hermon to the Sea of Galilee.

Be careful, though, that while the Saar Waterfall is the most impressive after the rain and snowmelt, the trails can be quite slippery. So it’s best to wear to wear shoes with no-slip soles.

During summer and autumn months the falls may start to dry up and get reduced to a puddle so therefore we suggest not to visit it during these seasons.

The Saar Waterfall is located in the Golan Heights, found just off Road 99, about four kilometers from the Nimrod Fortress.