Shavuot (Feast of Weeks, or Pentecost) is celebrated seven weeks after Passover)and is the third ancient agriculture holiday in the Jewish tradition. Shavuot celebrates the first fruits of the harvest and the giving of the Torah on Mount Sinai.

In Judaism, Shavuot is a holiday that takes place after the “Omer,” or exactly seven weeks after the first Passover Seder. Like other pilgrimage festivals like the Passover and Sukkot, Shavuot is significant not just in terms of religion and history but also of food and agriculture.

The culinary tradition associated with Shavuot is the eating of dairy foods — they are part of the celebration! There are many explanations (some religious and some agricultural) associated with this tradition but I will mention two of my favorites here: firstly, Shavuot falls at the season of the year with most milk production and secondly, the white clean color of milk is associated to the holy ceremony of the acceptance of the in Mount Sinai.

All the dairies in Israel (and on top of three huge ones and around ten smaller ones — there are about 100 of them in all) are preparing for Shavuot special events.

Here is a short list of some of the best dairies recommended by friends.

On Route 40, several km south of Telalim junction (south of Beer Sheva), there are two family farms, Korenmal on the east side of the road and Naot on the east side. Both are goat farms rearing their own herd and producing fine cheese.

Near the Sataf Spring (not far from Jerusalem) lives Shay Zeltser (with his huge beard), who is considered the top goat cheese maker in the Israel. Living alone in a small valley, near a natural cave where he keeps the cheese, this dairy is well worth visiting. Consult the people in the Sataf nature reserve entrance if you want to avoid getting lost on the unpaved mountain roads. Shay is one of three Israelis invited to judge in international cheese competitions.

Near the village of Yodfat, you can find the dairy “Halav Im Haruach”, (literally “Milk with Spirit”) but which in Hebrew sounds very close to “Gone with the Wind”. This small dairy got several recommendations from my friends, especially for their smoked ricotta.

If you happen to visit one of the many many “Farmer Markets” operating mainly on Friday mornings around the country, look for the Tson-El cheese stand. The dairy is located in Zipori, and produces a nice selection of fine goat cheese.

Somewhere in the busy streets of Tel Aviv you can find a popular corner cheese shop called Makolet Gvinot, which boasts handcrafted Israeli cheeses. For a wider selection, the shop also sells imported cheeses, mostly coming from Europe. The cheese shop has been run by a man who calls himself “The Cheese Collector,” whose Parmigiana is the most aged in the Middle East. 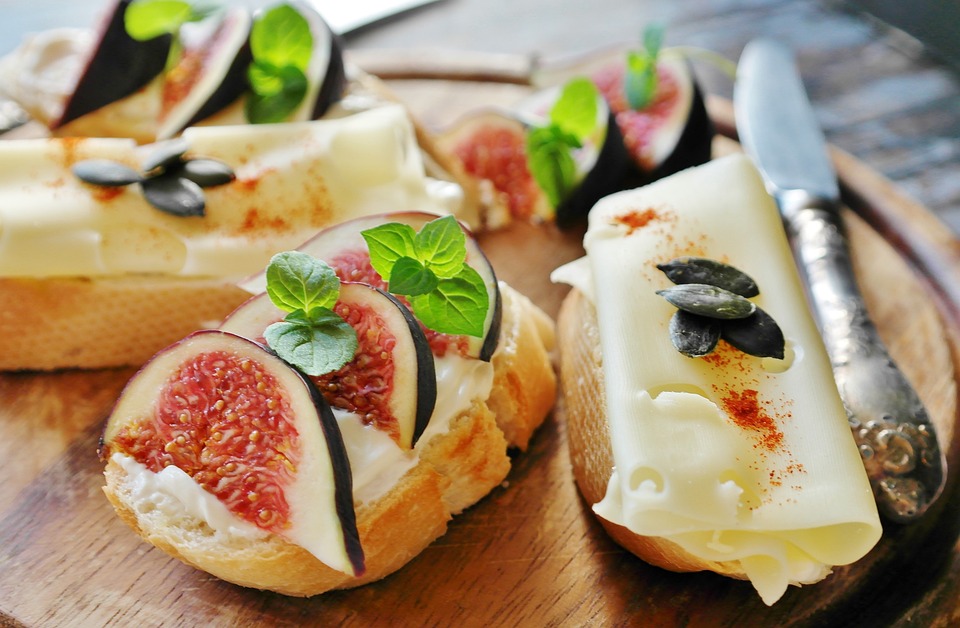 Faux cheeses boasting milk protein vegetable fat have become a popular substitute as a way to deal with cholesterol problem. In this category, the most popular product is Kifr’s Hatzehuba Hatova (or “the good yellow” in Hebrew). The product doesn’t say “cheese” on the label and thus is not real cheese; nevertheless, it is found on the same shelves as the genuine cheeses and is marketed to be a low-cholesterol substitute for the original.

While the reduced cholesterol is good news, the other components of such cheese — such as starches and hydrogenated fats — are no less harmful. Apart from that, the reduction of the fat content is often insufficient. Dietitians warn that imitation cheeses are “engineered” — meaning, they do not go through the same regular process are genuine cheeses — that can never attain the quality of the real thing.