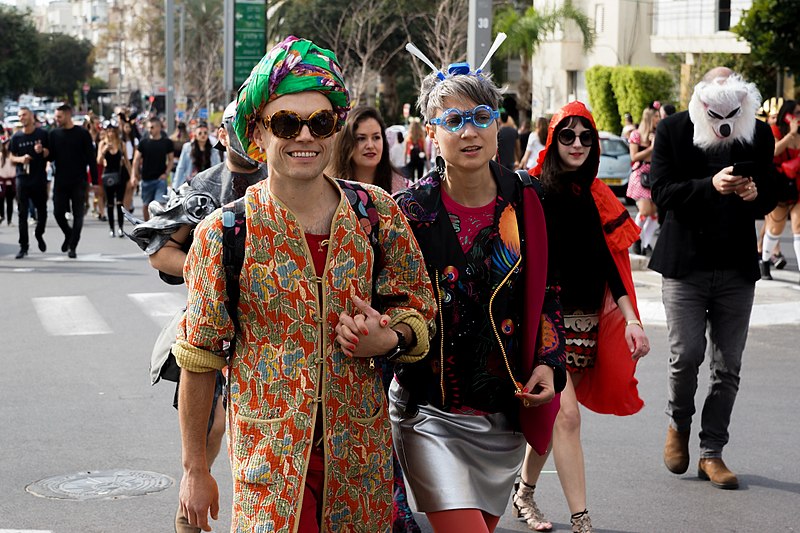 Purim is a Jewish holiday that commemorates the survival of the Jews who were marked for death by their Persian rulers during the 5th century BCE. As you might have guessed, Purim is a happy and joyous occasion. It is characterized by dressing up in colorful masks and costumes, eating festive meals, drinking alcoholic beverages as well as staging parades and parties. It’s pretty much like Mardi Gras – there’s no shortage of excessive indulgence on Purim. It’s also often referred to as the “Jewish Halloween” because of the costumes and sweets.

Purim falls on the 14th day of Adar according to the Hebrew calendar, or around March in the Gregorian calendar. But in cities that were protected by surrounding walls during the time of Joshua, Purim was celebrated on the 15th day, since the fighting that occurred within the walled city of Shushan went on until the 14th. It is known as Shushan Purim. Nowadays, only a very few number of cities, including Jerusalem, celebrate Shushan Purim.

The Hebrew word purim means “lots.” Therefore, this holiday is also known as the “Feast of Lots” or “Festival of Lots.” These terms refer to the lots that Haman, the villain of Purim, had cast to determine when he would carry his diabolical plot to exterminate all Jews.

It is quite interesting to note that Purim celebrates what could have been a tragedy for the Jews. But thanks to the brave efforts of the Jewish leader Mordecai and his first cousin and adopted daughter (and eventual Queen of Persia) Esther, the plot to kill the Jewish people was successfully foiled, and it became a day of celebration and festivity.

The celebration of the Jewish deliverance is told in the Book of Esther (also known as the Megillah). The Persian Empire during the 5th century BCE extended over 127 lands, and all the Jews were its subjects. After the Persian king Ahasuerus banished Queen Vashti for disobeying his commands, he ordered that all the young virgins be presented to him so that he could choose a new queen to replace Vashti.

A young woman named Esther, first cousin and adopted daughter of Mordecai, found favor in the king’s eyes. She became the new queen, although at first she did not want to reveal her true nationality.

Meanwhile, the Jew-hating Haman had been just appointed by King Ahasuerus as his a royal vizier (chief minister or advisor). But Mordecai held Haman in disdain and refused obeisance.

Incensed by Mordecai’s refusal to bow down to him, Haman convinced King Ahasuerus that the Jews living under Persian rule were rebellious and should be slaughtered. Having obtained the king’s consent (and funds), Haman began his plot to kill the entire Jewish minority in the empire. He set a date for the massacre – the 13th day of Adar – based on the lots that he had cast. He also built a gallows for Mordecai.

When Mordecai learned of the plot, he galvanized his people, convincing them to repent, fast, and pray to God. Queen Esther realized what had transpired, and there followed the secret exchange of messages between her and Mordecai through an intermediary. Mordecai tried to convince Esther to intercede with the king on behalf of the Jews.

At first, Esther refused, saying that no one was allowed to approach the king, under penalty of death. But later she had a change of heart, and decided to risk her life by asking Ahasuerus and Haman to join her for a banquet.

At the subsequent banquet, Esther revealed her Jewish identity and accused Haman for plotting to exterminate all Jews, including her. The king became enraged and ordered that Haman be hanged on the gallows – the same gallows that the latter had prepared for Mordecai.

Since the previous decree against the Jews could not be annulled, Ahasuerus allowed Mordecai and Esther to write a new decree as they wished. The new decree allowed the Jews throughout the empire to have the right to defend themselves against their attackers.

As a result, on the 13th day of Adar, the Jews mobilized and killed thousands of their enemies. Haman’s ten sons were also killed. On the 14th day, they killed hundreds more. Mordecai, who had been just appointed as second in rank to the king, established an annual commemoration of the salvation of the Jews from extermination. Customs and traditions on Purim

The Jews begin the holiday with fasting, which is observed on the day before Purim. The fasting is also known as The Fast of Esther (Ta’anit Esther). Unlike on other Jewish holidays, work and even manual labor are allowed on Purim, under certain circumstances.

Among the Jews’ main obligations on Purim include listening to the public reading of the Book of Esther during a synagogue service. Jews are also enjoined to send food gifts to friends (mishloach manot) and give charity to the poor (matanot la’evyonim). Festive meals (se’udat Purim) and drinking wine and other alcoholic beverages are also among the customary things-to-do on Purim. Merrymaking and over-indulgence are very much the order of the day.

Through the centuries, a lot of non-religious activities have come to be associated with Purim. They are part of the reason why Purim has less of a “holy” character compared to other Jewish holidays. These activities include wearing colorful masks and costumes (some are truly outrageous ones), staging Purim plays, going to public parties and parades, and eating symbolic pastries known as hamantaschen – Yiddish for “Haman’s ears” or “Haman’s pockets.”