The Davidson Center covers some amazing excavations and finds in the area of the Southern Wall of Temple Mount. It includes a Herodian Street, evidence of the destruction of the Temple, the stump of Robinson’s Arch and the pilgrims’ stairs towards the Temple’s Hulda Gates.

The Davidson Center is a museum within the Jerusalem Archaeological Park. It has presentations, exhibitions and educational shows related to the findings from the site. One can watch a video about the pilgrims that will bring you back in time. Also, a virtual model with guidance will bring you to a journey in time to the Second Temple era.

Davidson Center was founded in 2001, at the southwestern end of the archaeological garden, between the walls of the Umayyad Palace. The museum was named after Bill Davidson, a Jewish-American philanthropist who funded the museum’s funding.

The Davidson Center displays findings and artefacts from various eras that have been discovered in and around the archaeological garden. These findings are displayed in a chronological order, from the Second Temple to the first Islamic period.

Apart from the artefacts found in the excavations, Davidson Center also features an impressive three-dimensional model with a local guide that lets you to tour Jerusalem and go up the Temple Mount together with the pilgrim.

Several of the structures seen in the area date back to the Byzantine period, where construction experienced a large boom. There is a large gold medallion found among the ruins, which bears the image of a menorah and other symbols of Judaism. Remains of the Umayyad palaces (constructed during the Islamic period) were also found. However, the most important among the displays at the museum is a bridge that linked the upper floor of one of the palaces to the Al-Aqsa Mosque. The bridge was used as a private passage of the Sultan to the mosque. But a massive earthquake leveled the buildings, which were never re-constructed. The ruins of the palaces are spread throughout the area and can even be seen at the entrance.

Since the museum is not that vast, visiting the Davidson Center in its entirety will take you from half an hour to 1.5 hours (which includes watching the short movies).

More details can be found here. 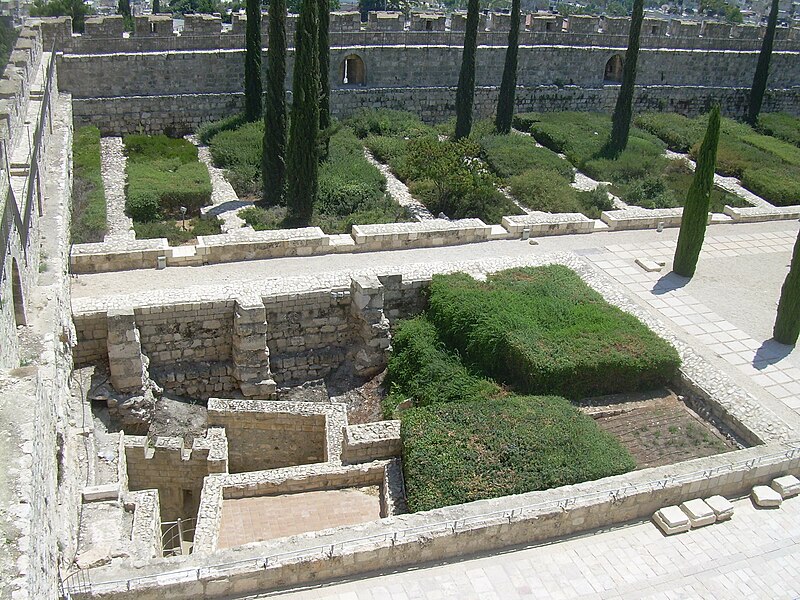