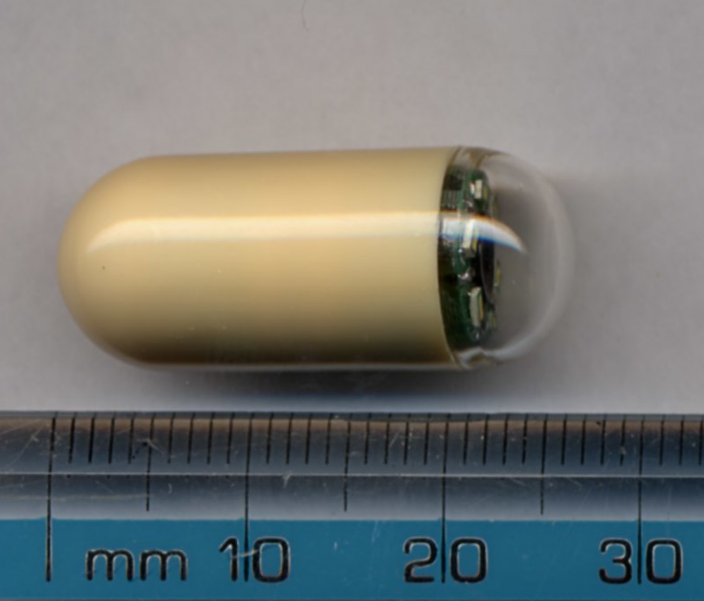 If you’re having stomach pains that have become more persistent and a bit more severe than usual, you’d go to your gastroenterologist. Usually, the gastroenterologist uses an endoscope – a long, flexible shaft equipped with a tiny camera and special lighting at the tip – to visually examine your upper digestive system.

This procedure is called the upper endoscopy, which seeks to diagnose, investigate symptoms, or even treat conditions that affect the upper parts of the digestive system – the esophagus, stomach, and portions of the small intestine (duodenum). An upper endoscopy can be sometimes used with other tools, such as an ultrasound, which can be attached to the endoscope to produce more detailed images of the wall of your esophagus or stomach, and even hard-to-reach organs, such as the pancreas.

But let’s admit it – upper endoscopy is quite an invasive procedure. But fortunately, there’s a better alternative to it – capsule endoscopy, which was developed by an Israeli scientist, Gavriel Iddan. Gavriel Iddan is an electro-optical engineer, regarded by many as the pioneer of wireless capsule endoscopy. He is also the founder of the company Given Imaging – now Medtronic — that introduced and commercialized the endoscopic camera PillCam to the market. Born in Haifa in 1941, Iddan was a former missile designer who worked for the Israeli Ministry of Defense.

One time, Iddan underwent a colonoscopy. He imagined the idea of a “capsule endoscopy” to capture the images of the digestive tract. After two decades of working on his idea, in 1998 Iddan successfully created a prototype – a digestible and disposable plastic-covered pill with a tiny camera and LED light that records internal images of the gastrointestinal tract. It resembles a regular medicinal pill but a little larger.

The PillCam was approved by the U.S. Food and Drug Administration (FDA) in 2001.

How is capsule endoscopy performed?

It involves swallowing the PillCam. As it goes inside the body and passes through the small intestine, it starts to take pictures. The images taken by the PillCam are transmitted to a recording device worn on a belt around the patient’s waist. This recording device saves the photos for a gastroenterologist to look at, study, and interpret at a later time. Subsequently, the PillCam is excreted in the stool about ten to 48 hours later.

Is there anything a patient must do before taking the PillCam?

The patient may be required to take laxatives or be instructed to fast or maintain a clear liquid diet 10 to 24 hours prior to the procedure.

Adhesive sensors will be placed on the patient’s abdomen, while the recording device will be attached to a belt and worn around the patient’s waist.

The patient will then be given a glass of water to make swallowing the PillCam much easier, just as they would to a regular medicinal pill. They won’t feel anything as the pill moves through their digestive tract.

Benefits and side-effects of the capsule endoscopy

Capsule endoscopy is conducted to identify and diagnose infections and cancers in the digestive system. Unlike conventional endoscopy, capsule endoscopy is a quick, painless, and non-invasive procedure. PillCam is even safe to use in determining the cause of gastrointestinal bleeding. With the PillCam, patients do not have to pay several visits to the hospital.

The PillCam also enables physicians to detect abnormalities in the digestive system, monitor certain illnesses (such as Crohn’s disease), and assess treatment efficacy for the esophagus, stomach, and the small and large intestines.

As for the PillCam’s side effects, there have been some reports of capsule retention. In some cases, the PillCam remains in the patient’s body for four years, although they don’t exhibit any symptoms at all. But if the risk of bowel obstruction is present, an X-ray scan will be performed to locate the PillCam, which will then be removed either by conventional endoscopy or surgery.

The PillCam — proudly an Israeli invention to the world

The PillCam is one of the most outstanding Israeli inventions.

Gavriel Iddan’s company, Given Imaging, was sold to Irish company Covidien in 2013. Then Covidien itself was acquired by U.S.-based Medtronic. Following that acquisition, the PillCam platform has been further developed and improved.